On New Year's Eve, my best friend reminded me of the old saying that whatever you do the first day (some say the first hour) of the New Year will be what you do most of the year.

I'm not superstitious, but just to be on the safe side, I headed upstairs New Year's Day and randomly pulled a beautiful streaked batik from my stash. (Click on photos to enlarge.) 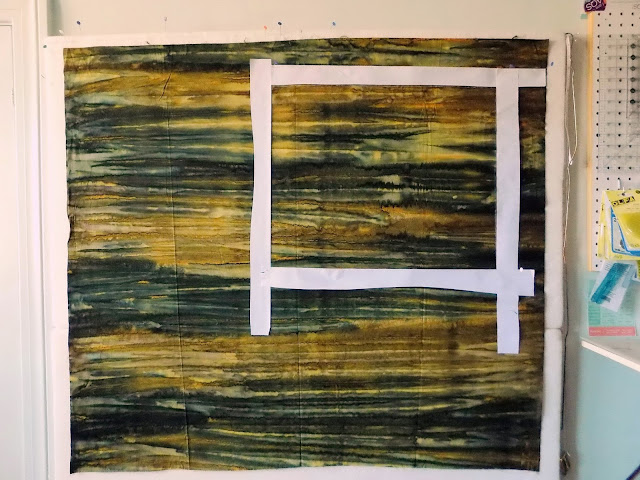 Stepping back, I gazed at it. Suddenly, one area (taped off in the photo) jumped out at me. To me it looked almost like an entire ready-made landscape. And in short order it was on the cutting mat and trimmed out to be just that. 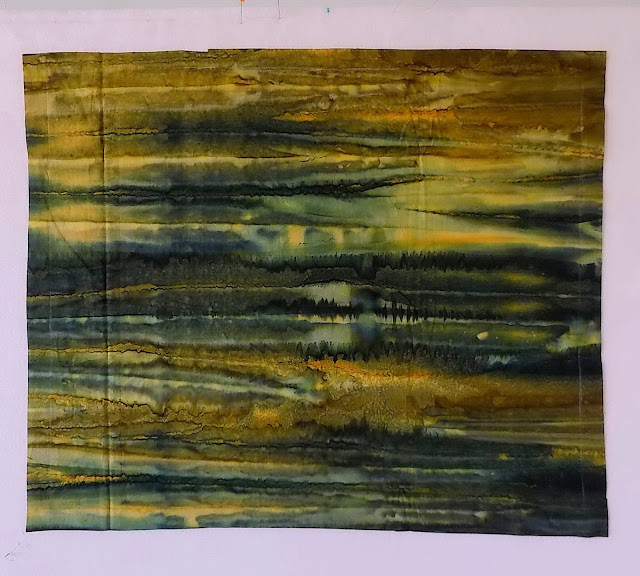 I could see this wasn't going to take much embellishment, and not all that much quilting, either. 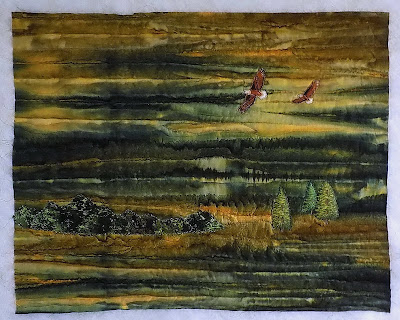 A little while later, it had only a few additions--two eagles, three evergreens, and a hedgerow.


Oh, and one subtraction...placed a scrap of gold over those green blobs near the center.


Unfortunately the hedgerow appeared to be floating. Not good.


I added a length of nubby variegated yarn, mostly browns, to the base of the hedgerow. This seemed to ground it and made the eagles visually pop a bit, as well.

All quilting was free motion, spaced anywhere from 1/4 inch to 1-1/4 inches apart, following most of the lines in the streaked pattern. The trees and eagles were outline-quilted.

Binding in a dark brown further emphasized the eagles. Here's the finished landscape:

As you might guess, this was a lot quicker than any of my other landscape quilts, since most of the scene was already there. Two afternoons, and it was finished except for the sleeve. I hope more of these accidental landscapes will "pop out" of other pieces of streaked batik in my stash!

Have a great weekend.