No new quilts to show yet, but there is something new...and something not-so-new. It begins with the new music box I received in mid-October from my oldest friend and college roommate, Nita.

The balance wheel turns an actual belt, moves the treadle, and moves the needle bar (sans needle) up and down. When the center drawer is opened, the music plays...oddly enough, my favorite piece of classical music, Fur Elise by Beethoven. I don't remember ever telling Nita it was my favorite; still, I'm not surprised. It's that kind of friendship. Lots of synchronicity. (Some would call it "woo-woo," and that's fine. Keep reading for more woo-woo.)

Fast-forward to the not-so-new part of this story. About a week after I received the music box, my husband saw an offer posted online in a give-away, recycle -type group, and he replied that he (I) was interested. By then the owner had already promised the item to someone else, but two days later she wrote my husband and said it was his if he still wanted it.

He wanted it. And look what he brought home. 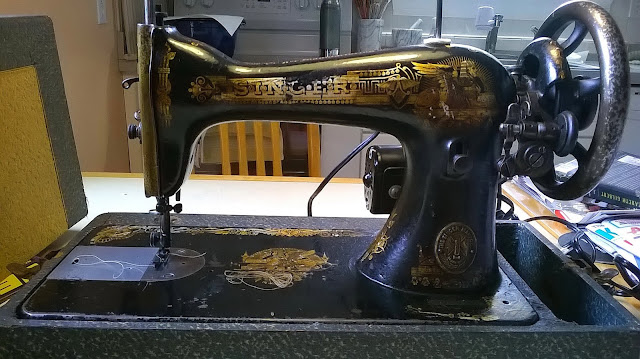 This beauty, a Singer Sewing Machine No. 15, is 116 years old. It was originally sold in a wooden cabinet with a treadle (like the music box), but has had a motor installed, a new pedal added, and is housed in a 1950's portable case.

Coincidence? You be the judge. To me it's more synchronicity (or woo-woo). 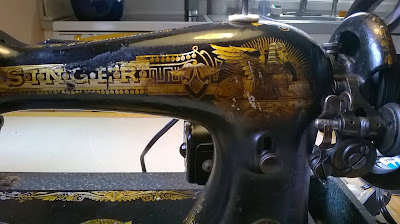 The decals are worn away in places, but still gorgeous. The crank assembly, which would have been decorative as well as functional alongside the balance wheel, is missing, as are the attachments...but the machine works! Its full power hasn't been tested yet, however. I don't want to run it hard until it's cleaned up and oiled a little more. But I have a feeling it will run like a top. 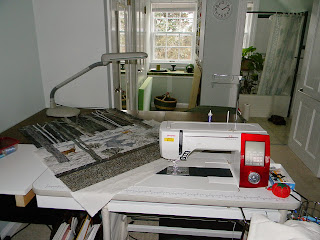 And though it's a bit premature to find space for it in the studio (and I really thought it would be impossible), it didn't take long to figure out where it would fit. There's a fair amount of space on the wooden table behind the big machine, and the Singer can sit on the edge facing the window. There it will also serve as a stop-guard for quilts being sewn on the big machine.

With the holidays approaching, the restoration job may be a 2019 project. I'll be reviewing Lizzie Lenard's (Muv's) videos on how to clean and oil a vintage sewing machine, parts 1 and 2, as well as others she has posted about using vintage machines. I'm very grateful she has shared her experience with these wonderful old workhorses.


Off subject, on the knitting front, finally it's a finish for my granddaughter Lucy's Secret Garden sweater coat. The pattern and the yarn are by Alice Starmore of the Isle of Lewis in the Outer Hebrides of Scotland (click here to visit her stunning website, Virtual Yarns). This sweater coat pattern for ages 3-4 & 5-6 was fun, and not nearly as difficult as it might appear at first glance. I found it in The Children's Collection knitting book by A. & J. Starmore (J. is her daughter, Jade). Lucy won't be able to wear the sweater coat until next year, but in the meantime I can take it out occasionally and admire it. It is such a lovely pattern. 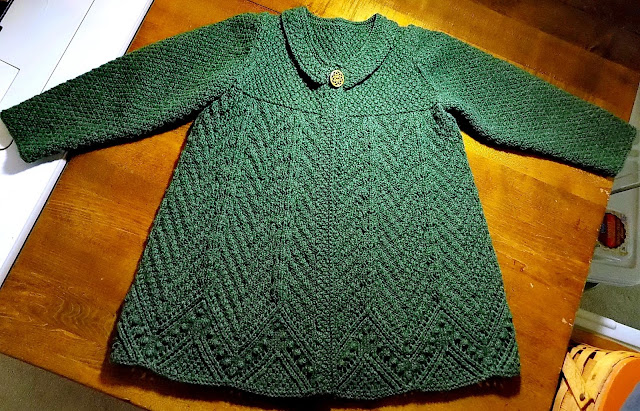 That's all for now, except to share a photo of Lucy in her witch costume, taken with me this Halloween.

Have a great November!

Linda
Posted by Linda Wulf Koenig at 1:21 PM 6 comments: Links to this post